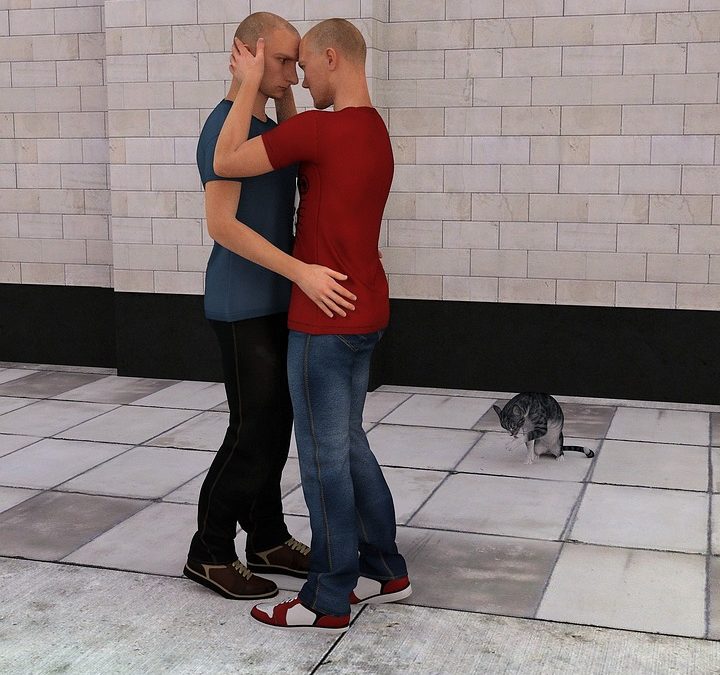 Q:  I need some advice about a possible gay infidelity issue.  Can you help?

I could be paranoid but I suspect my gay partner is cheating on me.  We met a few months ago when he came round to my flat to fix the boiler. I was his last call of the day. We started to chat and found we had so many things in common. It was like I’d known him for years and the electricity between us was like nothing I’d ever experienced.  Nothing sexual happened between us that day and even though we talked about sex we still haven’t made it to the bedroom.

I only see Richard twice a week. We have kissed and petted but he appears really inexperienced and nervous. Sex is not something I want to push because I feel I may lose him.

I’ve asked to meet his family but he just changes the subject. He’s never invited me to his place and when I mention it, he says it’s because he’s ashamed of where he lives. But I think there is something he is keeping from me. There are little signs, like the lack of public affection and every time I call he can’t speak to me and says he’ll call me back. He does, but wherever he calls me from is much quieter and sounds like he’s moved away from people just to speak to me.

My paranoia has become worse over these last four months and I think it’s in danger of tearing us apart. I thought I smelt perfume on him the other day. I’m wondering if he’s married to a woman and just experimenting with me. Do you conduct lie detector tests in Enniskillen and if so, will one help?

Living with suspicion can be unbearable so maybe paranoia isn’t what you are suffering from.

What you have described tells me a lot but I have also read something between the lines.  You refer to Richard as your ‘gay partner’, yet you only see him twice a week.  You’ve never met his family or been to his home. Only you know whether you are more committed than he is or indeed whether he has shown any indication that he wants to settle down with you.  Are you making more of the relationship than there is?

Another consideration is that he might be confused about his sexuality so, as you say, he may be “experimenting”.  However, on the bright side he appears to have chosen you to experiment with.  If he only thinks he is gay he may not have come out to his family, hence the reason you haven’t met them possibly. This may also be why he speaks privately to you rather than in front of an audience.

Enniskillen is not a small place but it’s not a huge metropolis either.  If he hasn’t made up his mind about his sexuality, or hasn’t told his family he is gay, that may explain why he is not affectionate in public.

However, all of this is speculation and it’s clear you need some answers.  I do conduct lie detector tests in Enniskillen and will be happy to do so, if you can get your friend/partner to agree to one.

We can formulate the questions together so that your suspicions are alleviated should I find no deception.  Naturally you also run the risk of having your doubts confirmed. If you feel you are ready for that you can book a test online or call us for more information. The conversation you have with our customer service representative will be confidential.  Mention that you have sought advice from the Enniskillen polygraph examiner and I suggested you call.  We can, if necessary, give you some tips on the best ways to persuade someone to take a lie detector test.

I wish you the very best of luck and look forward to hearing from you in the near future.